The REMOURBAN project of CARTIF, an example of sustainable mobility in Valladolid during SEM19 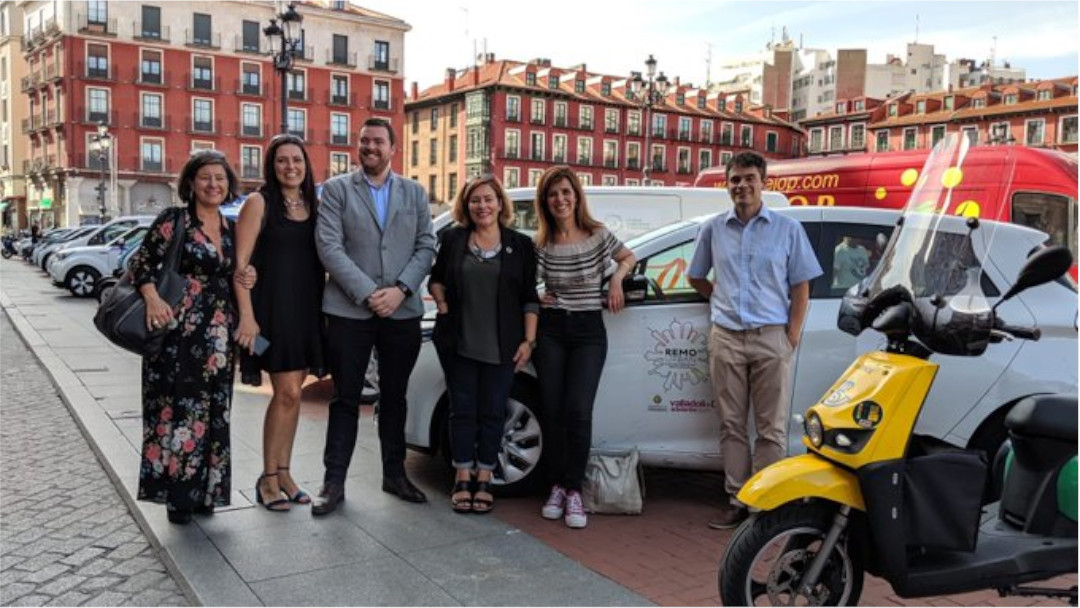 The City of Valladolid is actively participating in the European Mobility Week and all thanks to the European REMOURBAN project, an initiative funded by the EU and coordinated by the CARTIF Technology Centre, which has boosted the use of electric vehicles in Valladolid, starting by the council itself and the people who compose it.

Thanks to REMOURBAN, municipal staff members can now drive through the city without polluting the air, since the project has financed a fleet of 13 electric vehicles for the use of municipal employees. In this way, the city council leads by example in the adoption of a more ecological and sustainable behavior in the city. In addition, Valladolid has nineteen charging points for electric vehicles, which include a fast station and four semi-fast stations, offering the council staff and private owners of electric vehicles in the city the opportunity to easily recharge them.

On the occasion of the aforementioned European Mobility Week, those 13 vehicles from the REMOURBAN project have been exhibited in the Plaza Mayor of Valladolid. Angela Rivada, of the municipality’s electric vehicle office, says that “in Valladolid, we’re keen to promote electro-mobility and this means leading by example. Behaviour change is often long and complicated, but we’ve started the process and have put everything in place for that to happen. Even the mayor himself can be seen driving an e-car”.

Since the beginning of the project, in 2015, REMOURBAN has provided funds and ideas, not only to implement the latest technology related to the field of mobility, but also to build solid business models to sustainably manage the required infrastructure. The cities of Nottingham (United Kingdom) and Tepebasi (Turkey) also participate in the project and share best practices and lessons learned.

The REMOURBAN plan is achieving great results, as the number of users of electronic vehicles in Valladolid increased by a meritorious 125% between 2015 and 2018, from 156 to 350. The measures behind this success include, among many others, free parking for electric vehicles in the city center and a strategic increase in charging stations near shopping centers, hotels and other convenient locations.

“Without the backing from the REMOURBAN project, we wouldn’t have been able to develop and implement our e-mobility plan as quickly. It has acted as an accelerator while offering us insights into how other cities beyond Spain have doing in their endeavours“, Angela Rivada explains. As the project comes to an end, promising results are emerging. In 2018 alone, 8,789 recharges took place with a total consumption of 64.519 kWh. This amounts to over 400,000 kilometres travelled by e-vehicles and almost 75,000 kg of CO2 emission avoided.