Conclusion of the REMOURBAN project, a boost to the sustainable transformation of cities in Europe 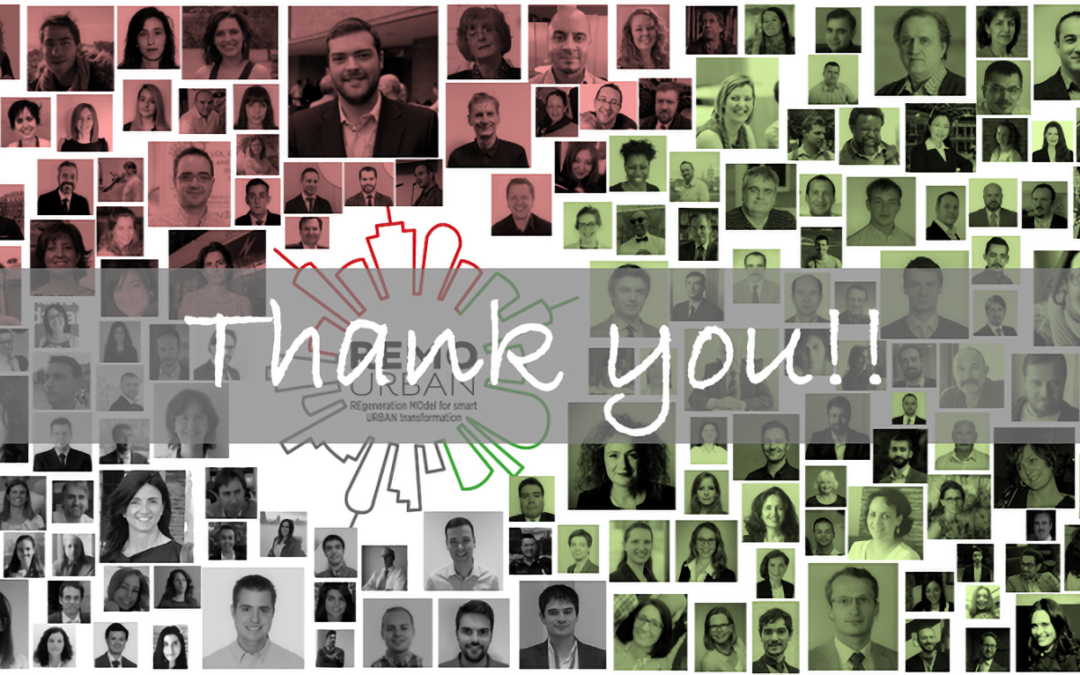 REMOURBAN, one of the most emblematic projects in which CARTIF has participated, closes after revolutionizing the energy efficiency sector. Last Thursday, July 16, the Final Conference of this international initiative took place online and presented the results of 5 years of activity, which has been focused on the development of an integrated Urban Regeneration Model that has transformed the cities of Valladolid, Nottingham (England) and Tepebasi (Turkey) in more sustainable places, integrating solutions in the fields of energy, mobility and ICTs.

This Urban Regeneration Model, as well as the set of good practices and lessons learned, seek to support other cities to face the challenges related to improving their quality of life and environmental conditions, the use of their resources, the fight against inequalities such as energy poverty, the integration of technology and the improvement of governance processes. These challenges, as well as new ones that cities face today (such as the current exceptional situation as a result of the pandemic), must be tackled from an integrated and holistic vision to which REMOURBAN has sought to respond.

Under the coordination of CARTIF, a total of 22 partners from 7 countries have worked together on a project that has enabled the energy rehabilitation of 64,000m2 in the three demonstration cities mentioned, as well as the implementation of 22 electric buses, 73 electric vehicles for different uses (distribution, shared vehicle solutions, etc.) and recharging infrastructures such as 20 electric points for buses and another 75 for both the public charging network and for private use.

The project has carried out the energy rehabilitation of 64,000m2 in the districts of Valladolid, Nottingham and Tepebasi, obtaining energy savings of 30%, 41% and 50% respectively

These actions have allowed direct savings of more than 7,100 MWh per year and the incorporation of renewable energy production in more than 4,150 MWh per year, which translates into savings in emissions to the atmosphere of around 2,675 tons of CO2 every year. Thus, the project has contributed to improving the quality of life in the three cities, where more than 20,000 citizens have been directly benefited from the actions implemented such as the rehabilitation of their homes or the incorporation of new sustainable mobility solutions to their lives.

As far as the city of Valladolid is concerned, 400 homes have been rehabilitated in the Fasa-Delicias district obtaining energy savings of 30% and renewable energies have been incorporated and now means the 70% of energy consumption. This is reflected in the reduction in the energy bill of the neighbors by 60%, which allows them to cover the co-financed part through an energy services contract. This, together with the subsidies received by the European Commission and the Valladolid City Council, has allowed the residents not to have to make an initial disbursement to cover the investment, but rather it is financed by maintaining their energy bill as before of the intervention.

In the area of mobility, the city has incorporated two buses with hybrid technology on the line 7 with charging through a pantograph that, together with 3 other buses deployed by the Valladolid City Council in response to the success of the first pilot, have made this a more sustainable line, operating in fully electric mode in the low emission area of the city center. To this, it is added the support of the City Council to the acquisition of electric vehicles through contracts for monitoring their use for local businesses and delivery companies.

In total, 45 vehicles are now contributing to continuously improving the air quality of the capital. Recharging infrastructure is also a key element for a city that has the sustainable mobility as one of the priorities on its roadmap. Citizens now have access to the widest public charging infrastructure in all of Spain, which demonstrate Valladolid’s commitment to electric mobility, seeking to support users with the most sustainable technologies.

In this way, Valladolid city buses have reduced their energy consumption by 24% and CO2 emissions by 34%, thanks to new hybrid versions that replace their predecessors with a diesel engine. In the other two demonstrator cities of the project, the impact is even greater, since fully electric buses have been installed in Nottingham and Tepebasi, achieving savings of around 60%, completely eliminating emissions into the atmosphere.

Digitization is undoubtedly another of the challenges of today’s urban regeneration, with a scenario where everything is increasingly connected. Thus, this axis has been a key in REMOURBAN, where the three demonstrator cities now have an urban platform that allows them to manage, more efficiently, information about energy and mobility infrastructures, as well as environmental monitoring or other areas that facilitate identifying improvement strategies.

In these developments, it should be noted the deployment of a city intelligence and sustainability assessment service, which enables the planning processes and identification of the impact of solutions in the field of energy, mobility or information technologies to be supported. This tool, called STILE, integrates a system of indicators and automates the collection of data to facilitate the evaluation of the behavior of the city during its urban regeneration process.