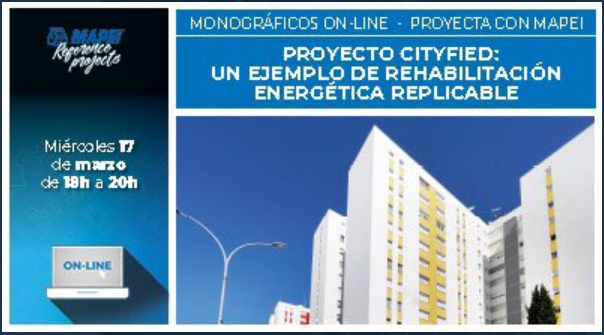 CITyFiED has been a demonstrative European R & D & I project co-financed by the VII Framework Program of the European Union, which was based on the integral rehabilitation of three demonstrators through the joint application of a series of mature technologies available the market and proven efficiency to improve the energy performance of residential districts and reduce CO2 emissions.

During its five years of duration, the integral rehabilitation of three districts at the European level (Torrelago in Spain, Linero in Sweden and Manisa in Turkey) was achieved through the integration and application of technologies for the renovation of facades such as thermal insulation systems by the exterior (SATE) and the improvement of district heating systems through systems based on renewable energies such as biomass.

The CITyFiED project demonstrated the viability and benefits that the integral rehabilitation of districts has for the transformation of cities into more efficient urban spaces, introducing environmental, economic and social sustainability criteria.

Programme of the webinar