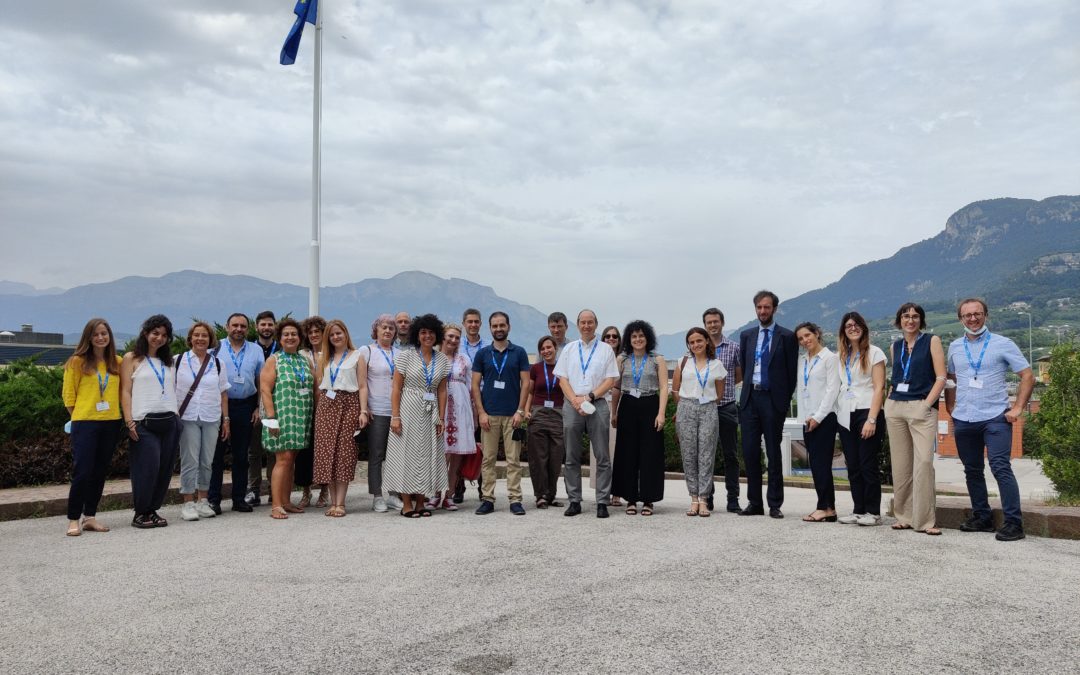 The NEVERMORE project is kicking off and to celebrate it has gathered the entire consortium at the premises of Fondazione Bruno Kessler (FBK), one of the project partners site in Italy, for its kick-off meeting.

During the session, which took place on 28th and 19th June, the partners were able to lay the foundations for the start of technical work to improve the analysis and assessment of climate change from a holistic perspective that integrates the results obtained in the 5 cause studies of the project, allowing the validation of climate damage functions on the different economic sectors as a prior step to their integration into the WILLIAM model. The case studies are located in regions of Europe where the impacts of climate change have been considered relevant to study.

In addition to the William model improved the assessment of impacts, climate risks and updates in its climate module, NEVERMORE will create a catalogue of policies and strategies to improve climate change mitigation and adaptation. Finally, a set of tools will be made of available to users to assess the impact of climate change, to make decisions based on the previous policy assessment, and to understand the effects caused by climate change through its gamification tool.

CARTIF plays a very relevant role in the project where, in addition to participating as technical coordinator, it leads fundamental tasks for the characterisation and modelling of climate impacts (methodology for the assessment of climate impact, improvements to the climate module of the WILLIAM model) as well as the development of tools to make the models and methodologies developed more accessible to the different stakeholders.

With this meeting, the partners were able to get to know each other in person, and to strengthen ties and synergies that will unite them in the coming months, as well as to define the basis for the start of the activities to be implemented in the coming months.

NEVERMORE (News Enabling Visions and Tools for End-useRs and stakeholders thanks to a common MOdeling approach towards a ClimatE neutral and resilient to ciety) is funded under the Horizon Europe programme (GA 191956858) and has a duration of 48 months. The consortium consist of 16 partners from 8 different countries: Italy (FBK, RINA-C, CMCC and PAT), Spain (CARTIF, UVa and INFO Murcia), Romania (SIMAVI and TULCEA), Greece (NCSRD and SITIA), Sweden (IVL and EKNorr), France (ALDA), Austria (ZSI) and Germany (PIKI).