“The lighthouses have been built, we now need to cast our light towards other cities” 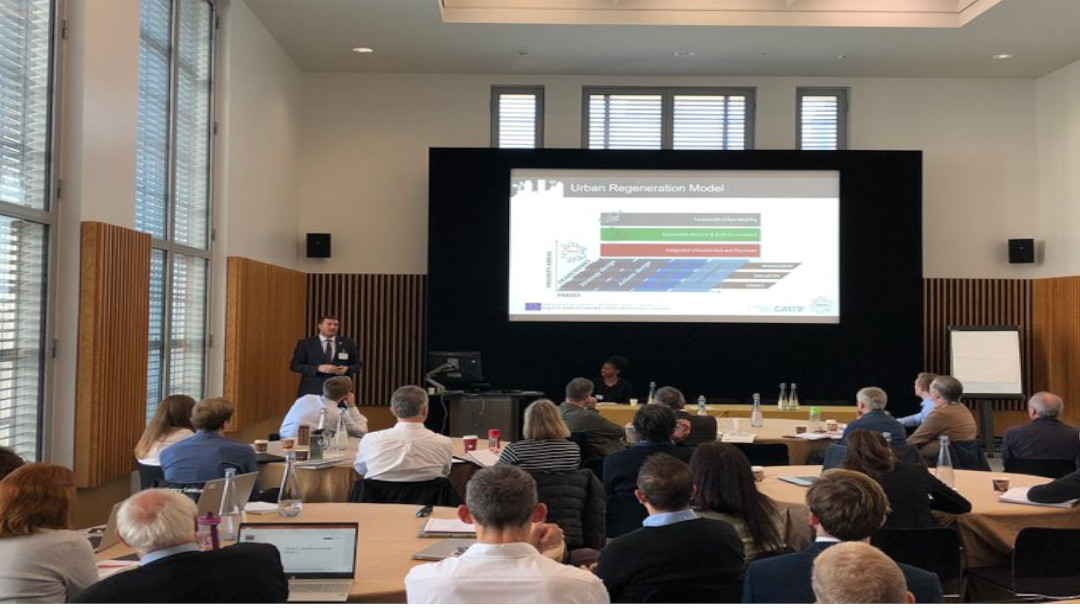 After 5 years of work, the European REMOURBAN project, coordinated by the CARTIF Technology Centre and which has one of its demonstration cities in Valladolid, exhibited on Thursday, October 17 in the city of Nottingham the exciting results obtained in the framework of its activity.

The consortium of REMOURBAN, a project that is committed to a sustainable transformation of the city through energy efficiency, electric mobility and digital platforms, has held one of its last conferences in the British city to place special emphasis on the progress made in the mentioned city of Nottingham. The project has implemented in the city, among other things, low temperature urban heating systems, battery storage, integrated mini renewable energy systems, ultra low energy homes (Energiesprong), energy efficiency in the private sector, a system of charging for electric buses, Last Mile Delivery electric vehicles and a rental of electric vehicles.

On the other hand, the figures revealed related to the incidence of the project on the city of Valladolid are amazing: 28% savings on heating, 19% savings on hot water, 60% economic savings on transportation thanks to electric vehicles and increase of the thermal comfort of homes by 58%. The city of Valladolid already has several technological projects of this nature and has emerged in recent years as a national reference in the field of Smart Cities, with the CARTIF Technology Center as an important asset in this achievement.

In addition, the conference has focused on the goal of Nottingham Net Zero by 2028 and has analyzed in two workshops the approaches to assess needs, set goals and develop action plans on climate change and the concept of urban regeneration. “The urban regeneration model represents our main achievement, which we share with our Smart Cities community, condensing our knowledge and experiences and encouraging greater replication of the actions we implement in our cities of lighthouses and followers.”

During this last five years, the lighthouse cities of REMOURBAN, Valladolid, Nottingham and Tepebasi (Turkey), have taken giant steps towards sustainability, energy efficiency and citizen engagement, becoming role models for the rest of European urban centers. As Miguel Ángel García-Fuentes, a researcher at CARTIF and coordinator of REMOURBAN, has stated, “the lighthouses have been built, now we must project our light towards other cities”.