Uruguay hosts an international workshop of the BIOMETRANS project, led by CARTIF 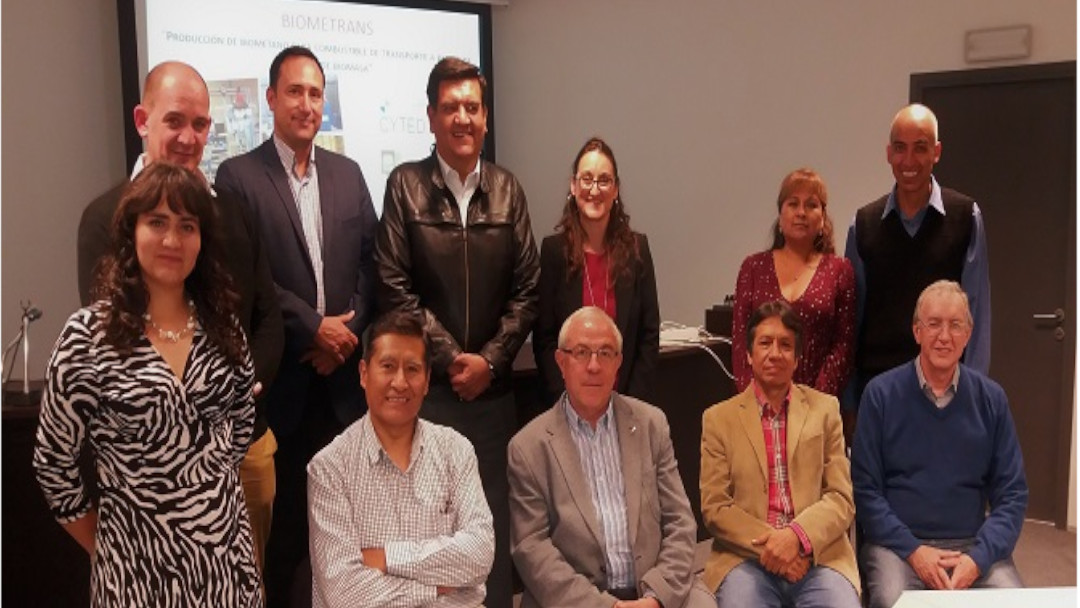 On Wednesday, May 15, Technological Park of the city of Pando (Uruguay) held an international meeting of the BIOMETRANS project, coordinated by CARTIF, on the production of biomethane as a transport fuel from residual lignocellulosic biomass. Researchers from the technological center of Valladolid Dolores Hidalgo and Gregorio Antolín participated in a workshop that aimed to contribute to the best use of biogas generated by urban and agroindustrial waste.

The BIOMETRANS project aims to promote the recovery of dry and wet biomass residues generated in the Ibero-American region by producing the aforementioned biomethane and promoting its use as a transport biofuel. This initiative, which is led by CARTIF, is developing innovative processes that will make it possible to organize the logistics of the biomass collection and the adequacy of the same for its treatment by anaerobic digestion.

In this respect, different biomass pretreatment technologies are investigated to promote their biodegradability, the evolution of the anaerobic digestion process is compared in one and two phases, and different biogas refining technologies are studied. It is also designing a biomethane commercialization model in the region, evaluating its potential environmental, social and economic impact, and trying to find the way to exclusively use biofuels in transport vehicles (biomethane and biodiesel mixture).

BIOMETRANS pursues an optimized process in an integral way (including the stage of raw material collection, its processing and commercialization of products), adapted to the conditions of the participating countries and easily transferable, which will promote the use of biofuels in the region.

Research teams from Spain, Peru, Mexico, Uruguay, Colombia and Guatemala work together on this project, which has an expected duration of three years.