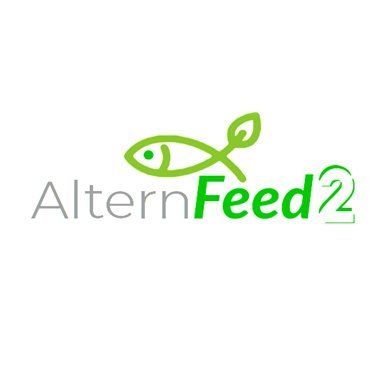 The ALTERNFEED 2 project presents its results

On November 25, the ALTERNFEED 2 project will present the results of its nearly three years of activity with an online webinar at 10:30 am. The project consortium, made up of the CARTIF Technological Centre, the ANFACO-CECOPESCA association and the Institute for Agrifood Research and Technology (IRTA), will present the progress made by this initiative in the aquaculture sector. Lasting one hour, the digital event will also feature the participation of the Biodiversity Foundation and the DIBAQ group.

Currently, aquaculture supplies more than 50% of the total fish consumed by the world population and is expected to be the main source of supply by 2030, generating a dependence on fish oil and meal and krill oil as essential ingredients. In this context, the ALTERNFEED project was born at the end of 2018 with the aim of developing alternative feeds for aquaculture, substituting fish flours and oils with insect flours, microalgae, the protein and a lipid fraction recovered from the cooking water of the manufacture of the canned tuna and a mix of the previous ingredients.

A year later, the initial working group created by ANFACO-CECOPESCA and CARTIF, this time together with IRTA, launched its second phase. ALTERNFEED 2 was created to experimentally validate the feeds developed in the first phase in the growth of rainbow trout and croaker. This project is developed in collaboration with the Biodiversity Foundation of the Ministry for the Ecological Transition and the Demographic Challenge, through the High Tide Program, co-financed by the FEMP.

Fernando Burgoa, CARTIF researcher, will take part in the event to analyze the carbon footprint of the production process and evaluate a wide range of alternative feed for aquaculture.