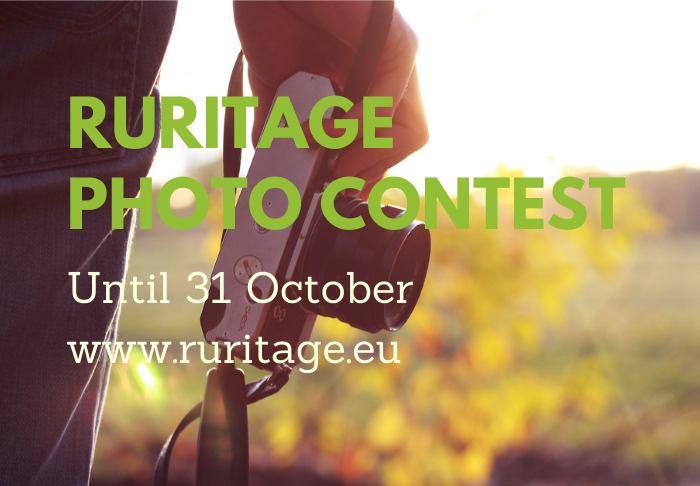 Do you want to show the world what makes rural areas special? Then take part in the RURITAGE Photo Contest! It is a unique opportunity for local communities within the territories of RURITAGE to highlight the potential of their natural and cultural heritage.

The Photo Contest is organised within the scope of RURITAGE – a European research project that seeks to transform rural areas into laboratories of sustainable development, building on the enhancement of their exceptional cultural and natural heritage potential. The territories encompass the nineteen rural that joined the project from its start as pilot areas, or Role Models and Replicators, in addition to another seventeen rural areas which became a part of the project following its call for additional Replicators. All these rural areas are now invited to join the RURITAGE Photo Contest.

The Photo Contest is taking place from 1 June until 31 October 2020. Both individuals and organisation can join it. To become a participant, they need to submit photos of the rural areas participating in the Photo Contest. The images should reflect the uniqueness of the rural territories and celebrate their natural and cultural heritage. Furthermore, participants are encouraged to highlight their local regeneration actions. Following the RURITAGE approach, such actions can be identified in six Systemic Innovation Areas: Pilgrimage, Resilience, Sustainable Local Food Production, Integrated Landscape Management, Migration, and Art and Festivals.

The winner of the photo contest will be invited by the project to its final conference, which will take place in Paris in 2022. The best photos submitted to the contest will be displayed at the UNESCO Headquarters as well as highlighted on the websites of the project and its partners, including UNESCO, ICLEI Europe, University of Bologna and many more.

Join the RURITAGE Photo Contest and show the world what makes our rural area special!