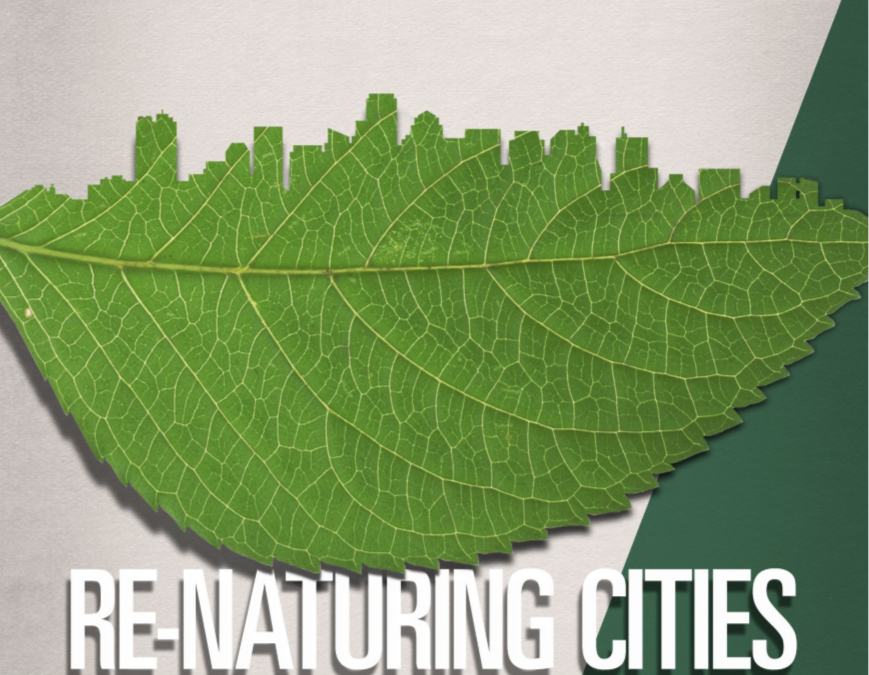 The 21st century world is facing important environmental challenges that directly affect human beings and the rich biodiversity that surrounds them. Climate change has triggered natural disasters, a generalized increase in temperatures, sea ice loss, the shrinking of coastlines and the extinction of hundreds of species, and it represents a threat to the global supply of fresh food and water, a shortage that less-developed areas in the planet are beginning to endure, ending up in respiratory, cardiovascular and infectious diseases.

Investing in nature is inherent in the response to many of these challenges. These lines of work, encompassed by a new concept, “nature-based solutions,” take a step further in the smart city area and bring it to its fullest potential. It is not that there is something new being invented but, as is the case with the “circular economy” concept, nature-based solutions just suggest using common sense to halt an economy based on the excessive spending of resources. 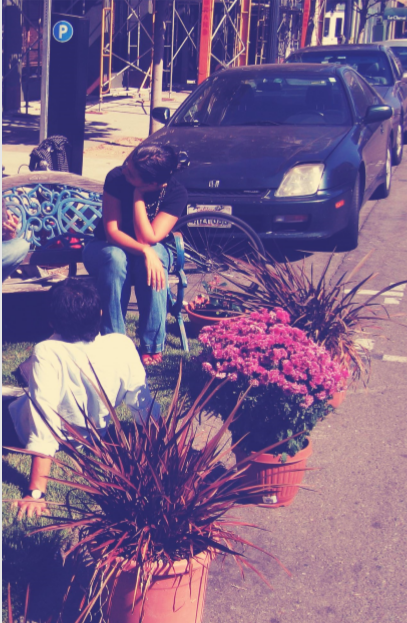 What are nature-based solutions?

Nature-based solutions are actions inspired or reproduced exactly –to the slightest detail in some cases and in others by exploring new solutions– that nature itself helps maintain. They are oriented towards the resolution of the aforementioned global challenges in a sustainable manner.

The International Union for Conservation of Nature (IUCN), founded in 1948, was the first in coining this term. According to what is currently the biggest environmental organization in the world, these solutions are based on the premise that ‘restoration and good management of ecosystems help fighting climate change and poverty in an efficient and profitable way, ensuring energy and food security and promoting protection against disasters.

IUCN describes nature as ‘dynamic, creative and a valued partner and at equal level with whom we must collaborate.’ That is why numerous entities, organizations, experts and administrations have worked restlessly during the past few years with the objective of achieving an effective binomial between nature and R&D&I.

In the same context, CARTIF’s 5th Forum Technology-Business was developed, concerning nature-based solutions to face urban challenges. The convention’s main objective was to share naturebased ideas and projects that are currently being implemented in different cities, oriented towards the resolution of social, economic and environmental challenges. 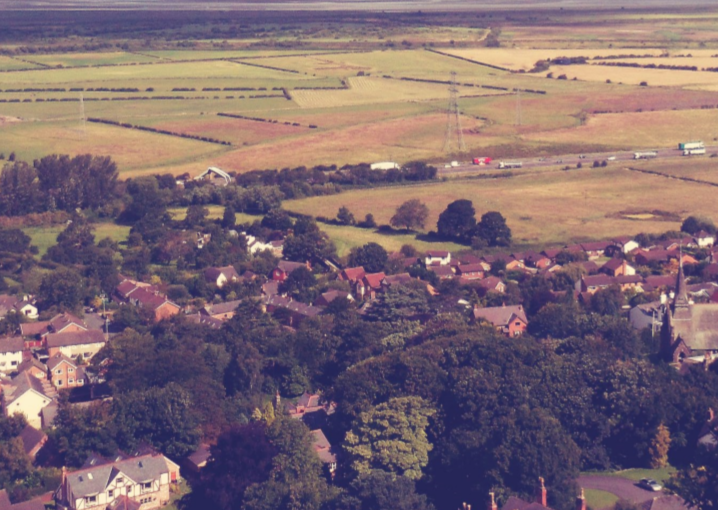 70% of the population in Europe lives in large cities, the main centers of energy consumption and greenhouse gas emission. For this reason, they have become the development laboratories for this type of solutions, which do not only mitigate the consequences of climate change but also have a decisive influence on the quality of life of cities in many other aspects.

Currently, the negative effects of human actions over the environment are increasing social awareness, which is why this is an appropriate moment to invest in this type of solutions; this is a business opportunity with a long way ahead, in which research and innovation play a key role.

For all the aforementioned reasons, CARTIF sought to convene companies, experts and public administrations in a debate forum on the subject of current experiences, project ideas and funding possibilities in a topic that is not yet popular enough among those who work in R&D.

Given the experience on sustainable management and smart cities from the different research teams of the Center (CARTIF works in five projects that are being developed in cities all across Europe, leading four of them), nature-based solutions were a natural step for the different lines of research. Among its lines of work, there is the creation of green infrastructure in cities and their surroundings, a solution that favors the adaptation to climate change while improving the urban landscape

nature-based solutions just suggest using common sense to halt an economy based on the excessive spending of resources.

On the other hand, it is working on the creation of urban farms with the lowest possible energy consumption that provide the population with ecological and sustainable products. The installation of smart lands, the regulation of water flow or the search for new emission-capture systems complete this technology supply.

With the objective of demonstrating that these solutions bring an environmental, economic and social return, the Centre for the Development of Industrial Technology (CDTI1) and the Ministry of Agriculture, Food and Environment (MAGRAMA2) are providing funding through their European programs, and representatives from both entities took part in the 5th CARTIF Forum to speak about them.

Lydia González, H2020 Programme Committee representative, stated that ‘these programs are designed with the objective of orienting production, consumption and the lifestyle towards sustainability, in accordance with nature conservation.’

On her behalf, María José Alonso, from the Spanish Office for Climate Change, spoke about the funding provided to Clima Projects, which primarily aim for the reduction of greenhouse gas emissions and carbon footprint. 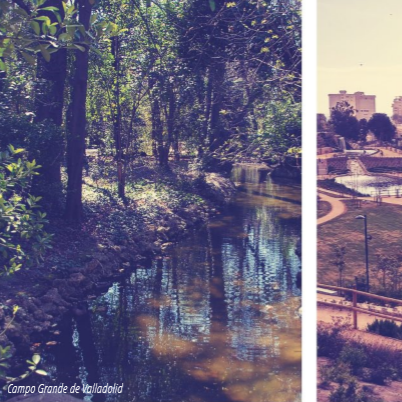 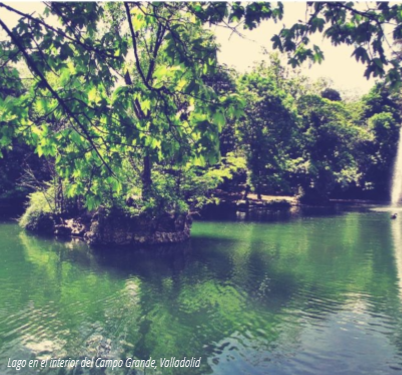 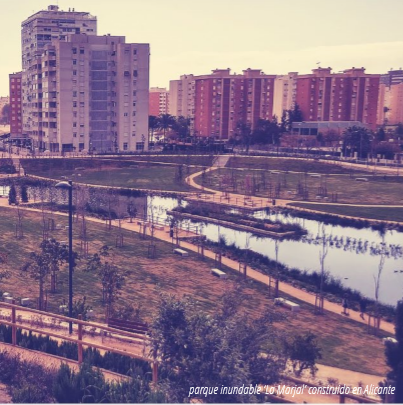 What is being made and what are the results?

Fortunately, there are already projects underway to re-nature cities, and one of the most popular is the Mersey Forest, led by the British Paul Nolan. This is a network of forests and green areas that extends across the Cheshire and Merseyside counties, in northwest England. Its history began in the 90’s, when 12 areas of the country were selected for tree planting at long term with the finality of improving local environment while benefiting people, fauna and economy. Since then, more than 9 million trees have been planted in the area, named Mersey Forest, which equals five new trees for each inhabitant.

Nolan claimed this kind of solutions play a fundamental role in environmental conservation and they are key actors of the green infrastructure of a country, owing to the creation and management of a tree landscape at long term. Forests allow regions to adapt to climate change, as they can keep urban and rural spaces fresh, reducing temperature rises.

Additionally, their contribution to the economy of the area is undeniable. At The Mersey Forest, ‘each pound invested generates another eight,’ Nolan affirms. His project is creating jobs, especially in the wood industry, and attracting new investors. The improvement of the landscape of villages and cities also contributes to an increase in the number of tourists.

In sum, nature-based solutions are improving citizens’ standards of living, changing their habits and influencing their environmental behavior. Green areas have become leisure, game and sport spaces for all ages. In the CARTIF Forum, Nolan shared with the audience his company’s commitment for the ‘connection between education and nature,’ ensuring that kids ‘spend more time outside than in classrooms and learn about fauna and healthy nutrition.’

Teresa Redondo, chief manager of the Environment Area at Valladolid City Council, agreed with Nolan, and claims that the capital of Castile and Leon is the current leader in extension of green areas. In the past few years, the City Council has worked with this kind of natural solutions with the objective of solving certain problems such as energy overconsumption, air pollution or noise pollution.

Nature-based solutions also allow minimizing the ‘urban heat island’ effect, usually produced in cities with too many construction materials and absence of green areas. Accordingly, experts have confirmed the relation between high urban temperatures and lack of vegetation. Redondo affirmed that ‘in the past 18 years, Valladolid has multiplied its green areas by two and a half,’ currently having more than 40,000 trees across the city.

Another example of the benefits of these solutions in cities is the floodplain ‘La Marjal’, built in Alicante (Spain). This floodplain is the most extensive urban park in Europe. Conceived as a water deposit, it can drain the water into the sea in case of flooding and has become a new sustainable green lung: “a laboratory of biodiversity, with animal and plant species that have never been seen before in the area,” in the words of Antonio Sánchez Zaplana, chief of Technology at Aguas de Alicante.

This solution avoids flooding risks in the area, reduces the costs of hydraulic constructions and also uses re-generated water for irrigation and filling of ponds. Besides, Sánchez Zaplana guaranteed the social profitability of the investment, assigning an important part of the budget to the construction of a new public space, a municipal park, for the enjoyment of the citizens.

However, ‘not all nature-based solutions implemented in cities are sustainable or ecologic,’ as Jordi Serramía, architect at Singular Green, stated. ‘If a vertical garden or a natural pool uses more resources for their creation, care and maintenance than the benefits they return, they are not sustainable,’ explains Serramía. Singular Green’s line of business is based on green-solution designs for cities with the objective of integrating nature with architecture.

Given his notable experience with this kind of nature-based projects, Serramía highlighted the importance of establishing a systematization of the implementation plans of these solutions that allows quantifying the impact and knowing in advance whether or not benefits will be obtained and which kind of benefits.

Serramía illustrated this with the vertical garden installed by his company on the facade of the Convention Center of Vitoria (Spain). Besides working as insulation, this installation has meant an increase of biodiversity and has improved the appearance of the building and its commitment with the environment.

To conclude this 5th CARTIF Forum, all present agents expressed their conviction that cities and their citizens are demanding a union between urban centers and natural solutions at long term; solutions that allow for an intelligent utilization of properties in natural ecosystems and the services they provide. Nature is at the heart of the socioeconomic development, and research can make it become a main actor in the development of future cities. 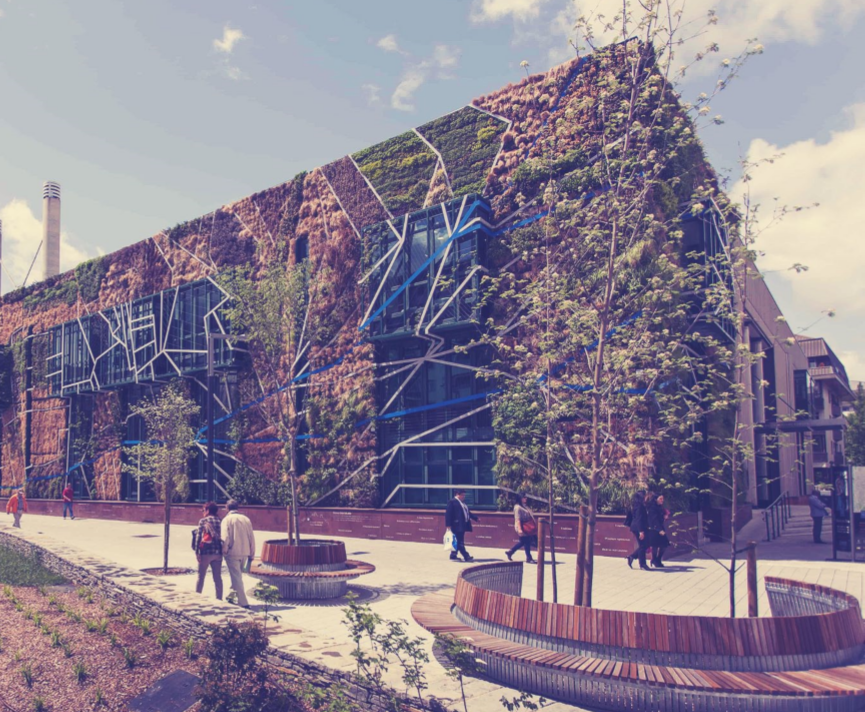