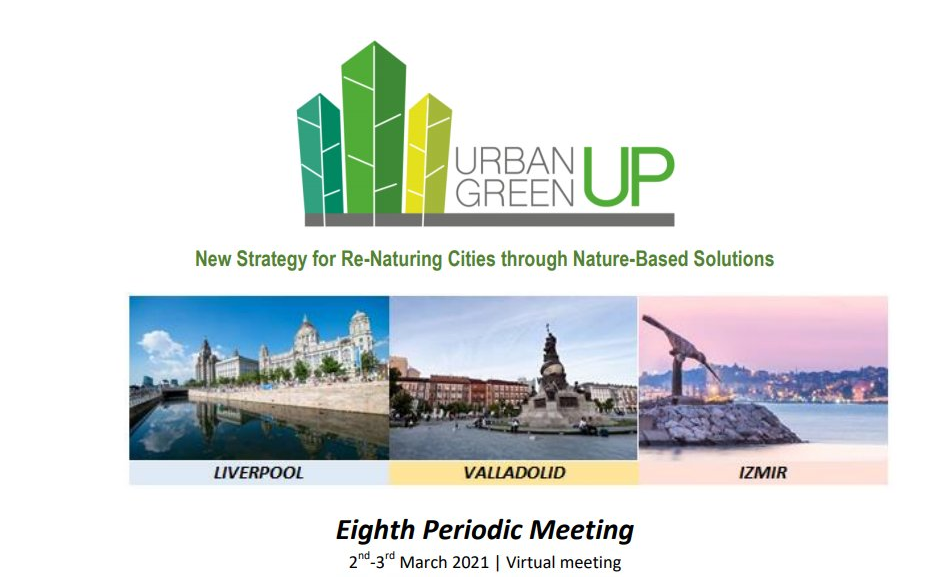 Valladolid, a demosite city of this Nature Based Solutions project together with Liverpool (United Kingdom) and Izmir (Turkey), is the protagonist in the eight meeting of the initiative in which all project partners are gathered this week after four years of developing its urban renaturation plan. Currently, citizens from these three cities can enjoy several of the natural solutions already installed in different places.

At the meeting, Valladolid City Council has presented the main advances carried out in Valladolid with an exhibition of the interventions in the city, as well as the forecast of the next ones to be carried out. Likewise, special emphasis has been placed on the calculation of performance indicators, in order to compare the scenarios before and after implementation, and establish results on the real effectiveness of this type of solutions.

Some of the interventions that are already visible in the streets of Valladolid are the green awnings on Calle Santa María, the green roofs of Plaza España, the green façade of El Corte Inglés building, the letters of VALLADOLID ubicated in Plaza Zorrilla and some mobile vertical gardens.

For the next few months, the project foresees the installation of an artificial wetland, that will generate electricity, the planting of several trees in the city centre and in neighbourhoods, a green corridor, permeable pavements or sustainable drainage systems.

These interventions have as a consequence several beneficial effects for the city and its citizens, such as improving air quality, reducing the urban heat island effect and increasing biodiversity, as well as economic improvements such as increased value of buildings near new green areas, with the boost of economic and commercial activity in these environments and in the ‘green’ sector. Likewise, nature-based solutions influence the improvement of citizens well-being and their quality of life, by living in a greener, healthier and more pleasant city.

During this eight meeting, the bases for the following months of work have also been established, with special attention to monitoring the interventions, key to the success of this European initiative.