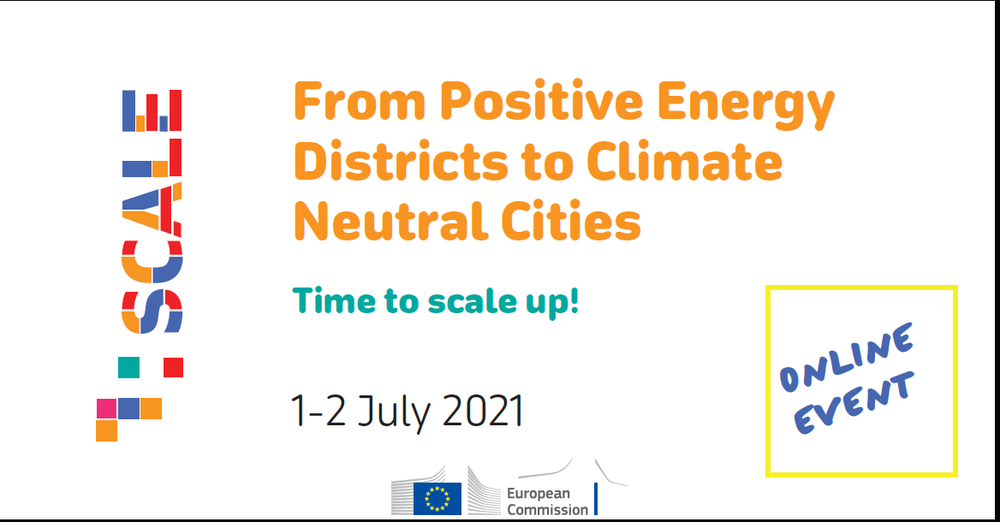 The director of Smart Cities Area in CARTIF and mySMARTLife Project Coordinator, Rubén García Pajares, takes part today in the cycle of conference under the title ‘From positive energy districts to climate-neutral cities’, organized by SCALE and the Community of Lighthouse Projects of Smart Cities funded by the H2020 programme. The objective of these conferences is to explore the future of cities in the climatic emergency and the social and ecological transitions.

This event welcomes the end of the Lighthouse project Smarter Together, with its three sister projects: Replicate, Sharing Cities and SmartEnCity, in which CARTIF also participates.

To delve into these initiatives, each of the projects will be connected from various local studios: Smarter Together from Lyon, Replicate from San Sebastián, Sharing Cities from London and SmartEnCity from Sonderborg. All of them will present the progress made with the aim of debating a clear idea: what comes next for the cities? Desirable future and climate neutrality.

With the help of an expert’s panel and the representation of high-level politicians from each of the cities, each project will be in charge of analysing one of the four themes about next steps of cities during the cycle of conference: the future of Energy Communities, investment, accessing finance and scaling-up, smart districts and Roadmap2025 project.

In addition, during these days the support consortium of the Board Coordination SCALE of the European Commission will present its portfolio of activities for the application and expansion of smart solution in cities, as well as to create sustainable communities for cities and for experts.

On the other hand, CARTIF will participate in the signing of a new version of the collaboration Manifesto with the 18 Lighthouse projects, whose development has been led by Rubén García Pajares, who has acted as Chair of the group of lighthouse projects during the last 8 months. This signature ratifies the cooperation and collaboration of the Lighthouse Projects Community, whose main goal is to improve the quality of life in European cities. All the initiatives that make up this community work on the development of urban regeneration strategies in the fields of energy efficiency in buildings, sustainable mobility and Information and Communication Technologies (ICTs) to achieve better service for citizens, as well as to be able to replicate these solutions in other cities.

The event will count on the participation of Miguel Ángel García Fuentes, coordinator of the recently completed REMOURBAN project, and Cecilia Sanz Montalvillo, Making City project coordinator, both led by CARTIF.